The origin of life is the most fundamental question in science and philosophy. Though the answer to the origin of life remains unknown, so far, seven theories have been speculated by the scientific community without much evidence: 1) Panspermia, 2) Simple Beginnings, 3) RNA World, 4) Chilly Start, 5) Deep-Sea Vents, 6) Community Clay & 7) Electric Spark. [1][2] The underlying principle in all these seven theories can be summarised as follows: Simple chemicals combined to form basic molecules called amino acids by chance. And these amino acids are further combined by chance to form complex proteins. Extremely complex RNA and/or DNA were also formed by chance. And all of these came together, by chance, to form the first living beings, i.e., prokaryotes like bacteria. 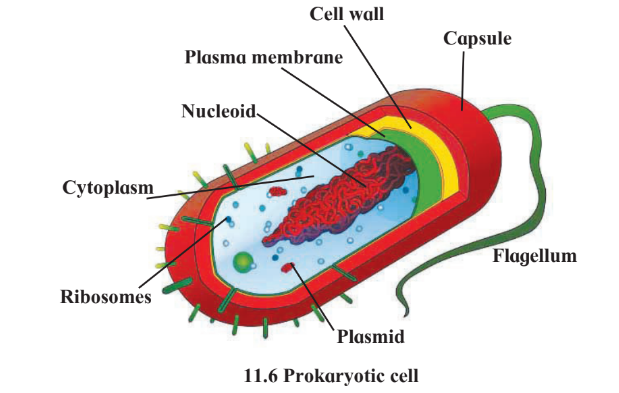 Prokaryotes are microscopic single-celled organisms with neither a distinct nucleus with a membrane nor other specialized organelles. This first living being’s structure comprises nine components: Capsule, Cell Wall, Cytoplasm, Cell Membrane, Pili, Flagella, Ribosomes, Plasmids, & Nucleoid Region. As per evolutionists, all these nine components got randomly formed in the primordial soup and assembled by chance to create the first Prokaryotes. Each of these nine components is made of a highly complex assembly of proteins.

Let us understand basic probability calculation before applying it to the above-described situation.

On throwing fair dice, what are the chances of rolling a six? It is 1 in 6. If a dice is tossed six times, we may get one favourable outcome (i.e., a 6).

What are the chances of rolling two dice and getting both sixes? 1 in 36. So if a pair of dice is rolled thirty-six times, we may get one favourable outcome i.e. six on both dice.

What about rolling twenty dice and getting all twenty to be sixes? The odds are 1 in 3.656 quadrillions! (A quadrillion is 10 raised to the power 15, or a million times a billion.)

There are an estimated 1080 atoms in the universe. Multiplying this by the theoretical maximum speed at which these atoms can rearrange into new configurations, which is 1045 changes per second (based on the Planck constant), and multiplying that by the commonly accepted age of the universe (1025 seconds) gives us 10150. This allows for all of the atoms to try every possible configuration at every moment of the available time. Thus, an event with a probability of less than 1 in 10150 (so that every possible combination can be gone through without reaching the favourable outcome) is deemed cent per cent impossible. [4]

Here we want to form one protein of 494 amino acids in a particular sequence from 22 different amino acids. For calculation's sake, let us accept that a fairly large quantity of these 22 amino acids was formed by chance in the primordial soup. And they started hitting each other to create sequences of 494 amino acids, the probability of Flagellin being formed would be 1 in 22494 i.e. 1 in 10662. Thus the origin of Flagellin by chance is far beyond the realm of possibilities. Many such proteins had to form by chance and then combine by chance to form components and, furthermore a functional cell. Yale University physicist Harold Morowitz calculated the probability for a simple Prokaryote forming by chance as 1 in 10 to the power 100 billion!

If there is no chance for “A Chance” for the origin of Life, then what exactly is the origin of Life? Or the question itself is questionable? It’s a scientifically accepted fact that energy was never created but transformed from one form to another from time immemorial. Is it the same case with Life also?

Disproving the theory of spontaneous generation, in 1668, Italian physician Francesco Redi proved that new living organisms could only emerge from other previously existing living organisms. With his widely known Swan Neck Flask Experiment, Louis Pasteur, a French biologist, microbiologist, and chemist, also proved that Life comes from Life. The same can be corroborated by our minute-to-minute experiences. We do not see a single life form arising directly from matter. It will be completely unscientific to state that in the entire history of existence, Life arose from matter only once and never again.

The science, mathematics, and common sense present before us forces us to conclude that Life came from Life. The real question can be what is that Life which originated Life on earth?

[4] “The Design Inference: Eliminating Chance through Small Probabilities” A Book by William A. Dembski